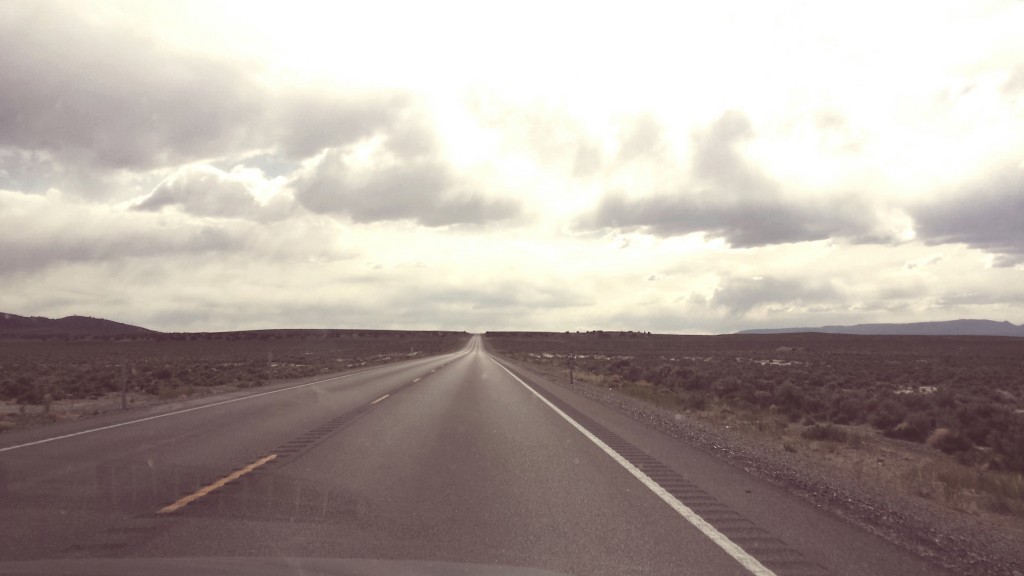 “U.S. Route 50 (US 50) is a transcontinental highway in the United States, stretching from Sacramento, California, in the west to Ocean City, Maryland, on the east coast. The Nevada portion crosses the center of state and was named The Loneliest Road in America by Life magazine in July 1986. The name was intended as a pejorative, but Nevada officials seized on it as a marketing slogan. The name originates from large desolate areas traversed by the route, with few or no signs of civilization. The highway crosses several large desert valleys separated by numerous mountain ranges towering over the valley floors, in what is known as the Basin and Range province of the Great Basin.

The route was constructed over a historic corridor, first used for the Pony Express and Central Overland Route and later for the Lincoln Highway. Before the formation of the U.S. Highway System, most of US 50 in Nevada was designated State Route 2. The routing east of Ely has changed significantly from the original plans. The route change resulted from a rivalry between Nevada and Utah over which transcontinental route was better to serve California bound traffic, the Lincoln Highway or the Victory Highway.”

X
We use cookies to ensure that we give you the best experience on our website. If you continue to use this site we will assume that you are happy with it. Ok